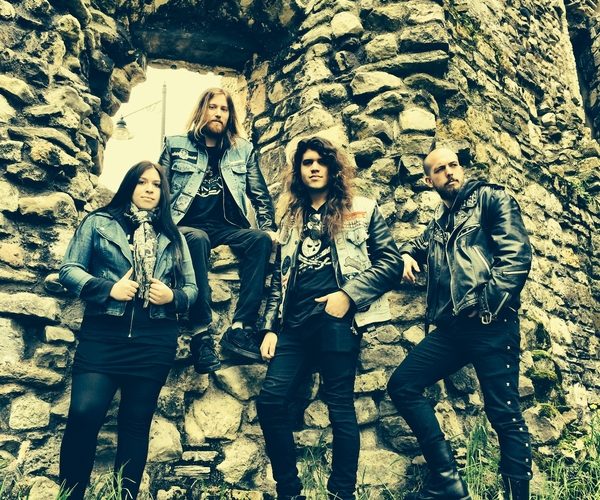 Hi Chris, the press-reactions to ‚Ride for Glory‘ are mostly awesome so far. How do you cope with negative reviews?

Chris Osterman: Every band will get negative reviews, you need to read them and not take them too personally. Some of the greatest bands of all time, Rush, Led Zeppelin, you name it! Every one has had some extremely terrible reviews but it has never stopped them from creating the music they wanted to make and becoming some of the biggest acts around.

I don’t just ignore a bad review but try to read through it for constructive criticism, take something negative and turn it into something positive. I think that’s the best way to look at anything in life really.“

I just read a review of your new album on a website called „Taste of Khaos“. Some quotes: „childish, annoying vocals“, „amateur lyrics“, „good riffs, but overall too cliche and boring“. Any comments to that?

Chris: „Haha, yeah that was probably the worst review ever written about us thus far …

Simply put I don’t really care what he thinks about my vocals, as vocals are just personal preference. Let me explain, I personally love clean vocals in the style of Judas Priest, Rush, Iron Maiden, The Scorpions, and so on, this reviewer on the other hand mentions one of his favourite bands to be Amon Amarth, which I personally don’t care much for, (I would never say anything negative about them as I respect them for what they do) however I’m not a fan of Death Metal vocals. It’s not a crime, It’s simply a personal preference that I don’t care for that style of vocals.

Let’s move onto the ‘Amateur Lyrics’. I think he also mentioned somewhere that they were written by a 12 year old?

Here’s a verse off the song ‘Night Attack’ from the new album:

‘I’m the wolf among the foxes,
Prowling at your heels,
Night stalker full of vengeance,
Feel my anger, fear my steel,
It’s too late to stop this madness,
It’s your time to kneel!’

This song is actually about the true story of Vlad the Impaler, written by Leighton our bassist, and I think its fuckin’ awesome … but you can decide for yourself …

I remember him also bringing up that our drum machine wasn’t properly set up? Well, he may not realize this, but Iron Kingdom records real drums, no samples where used on this album and we’re proud of it! Personally I think drums should have a range of emotion or volumes, just as any instrument in order to have contrast between moods throughout the songs. Now, this method can create some inconsistency, however I personally feel that it adds a human dimension and emotion to yet another instrument, if I wanted to use a drum machine I would have. A good reviewer would notice the fact that the drums are real and not assume a drum machine was used.

Another quote you brought up was about the ‘Good Riffs, but overall too cliché and boring’. How do we have good riffs but they’re also boring? If I like a riff I would say cool man I like that riff! If I think something is boring I would say it doesn’t capture my tastes in music. My point here being that he contradicted himself. To be completely honest, I began to wonder if either he got the wrong album or perhaps he needs some form of hearing aids. Either way, this review had me laughing non-stop from start to finish!

So let‘ get serious: What do you think are the main improvements compared to the second album?

Chris: Well, first off I think everyone can see the immediate improvement on the album cover, we worked with a new artist, Alan Lathwell from the UK. Now in all honestly I enjoyed what Nicholas Frenette did for us (The illustrator who painted the Curse of the Voodoo Queen ‘COTVQ’ and Gates of Eternity ‘GOE’ album covers), as I saw it as something different than what other bands were bringing to the table. However, I clearly see how the new cover is an improvement. We wanted the album cover to reflect our growth as a band.

Musically I think the entire band matured a lot, the sound is more refined than GOE, and the tempos are faster and more energetic overall, as we tried to get more of our live and energetic sound onto this album. We also experimented more in terms of song structure and lyrical viewpoints, taking different angles on the stories. There was a lot more research put into this particular album than any before as we were talking mostly about real events in history and we wanted to portray that both musically and lyrically.

Another improvement is we were a lot more open to effects on this album and what I mean by that is not Auto Tune, haha, I mean delays, reverbs, phasers, etc. along with even the intro synths, these are all just touched on in moments here or there, but they are quite new to us and I feel it adds a lot to the album.

Chris: No, I think I’m happy with how it all turned out, of course I will always hear things I feel could have been done better, but there comes a time as a musician when you need to just accept it. To be honest, I doubt any musician ever feels an album is 100% complete.

Why did you fade out the last song?

Me and my friends really enjoyed your gig at the Keep It True Festival in 2014. How did this experience influence you – motivationally and maybe also musically?

Chris: Keep It True XVII was possibly the greatest experience of my entire life so far! I cannot describe how good it felt to see that many dedicated heavy metal fans shoulder-to-shoulder, head banging to our tunes! I truly felt at home with that crowd, it was a very cool experience!

Musically I would say it influenced the direction of the new album ‘Ride For Glory’ a lot in the sense of the album’s themes and concepts. We felt inspired by the history of Europe and to see all these people gathered – or united if you will – under one roof. That’s really what the name IRON KINGDOM means, it’s that bond no matter where you are from or who you are, metal will be there for you, and metal heads will stand by your side! ‘Ride For Glory’ shows this through multiple stories from around the world gathered into one album, these warriors of ancient times all shared the hopes of freedom, honour and a place of peace and joy for their people and them. You can see the battles as epic and glorious which is just the surface, or you can dive deep into them musically and lyrically and see the true meanings behind these tales.

Chris, I read, that you work as an Audio / Visual Technician setting up technical equipment at corporate events and concerts. Can you tell me what the other band-members do besides playing music?

Chris: Wow, that’s pretty cool that you learned that haha! Yeah, I do that part time between tours and try to save as much cash as I possibly can.

Leighton, our bassist, does Landscaping, my sister Amanda (drums) does Graphic Design – she does all of Iron Kingdom’s graphic work. And Kenny (guitar) went back and forth on a few different jobs, he was working in an aluminum factory a while back, but I think he’s taken some temporary work until we hit the road again.

Is it a realistic aim to earn a living from your passion IRON KINGDOM?

Chris: I honestly don’t know if we will ever make a living off of Iron Kingdom, but what I do know is that I won’t stop until I have done everything in my power to get there. I’m going to go down kicking man! If I live long enough to be an old man I want to look back and go, you gave that everything you had, whatever the outcome. After all it’s a long way to the top if you wanna rock n roll!

You just have booked a 30+ date North-American-tour for August/September. When can we expect you overseas in Europe?

Chris: We’re heading through Western Canada and all over the USA. It’s the largest tour I have ever booked or performed on, and I cannot wait to hit the road!

As for Europe, well, a return to Europe will be happening, it’s just a matter of deciding when exactly and starting to anchor in a festival or two to build club gigs around. We’re planning to go sometime in early or mid 2016. But we cannot make any promises until we start booking shows!

The vinyl-version of ‚Ride for Glory‘ will be released by german distributor Helmut Müller and his label Underground-Power-Records. Any further plans regarding a label-deal?

Chris: Underground Power Records will release the vinyl and we are also working with Tridroid Records in USA for a Cassette release. These are just licensing deals for short runs. We have had a few record contracts offered to us for the release of ‘Ride For Glory’ however we felt they weren’t quite what we were looking for. We have been an independent band for a while now and there are some great advantages to that, so if or when we sign we would like to feel like it outweighs the advantages of being independent.

We did actually come fairly close to signing with one label, but we mutually agreed to hold off for the time being due to a variety of factors, perhaps we will revisit the idea for a future release!

What bands are you listening to at the moment?

Chris: Well, lately I’ve been listening to Yngwie Malmsteen ‚Eclipse‘ and Accept ‚Restless and Wild‘. Those two are fairly new to my collection.

What are your favourite albums in 2015 so far?

Chris: Uuh, I haven’t had a whole lot of money for purchasing new albums, which is unfortunate, however I own around 300 CD’s in my collection, which I rotate through on a regular basis.

Can you recommend us some Canadian underground-bands besides Iron Kingdom?

Chris: Absolutely! Here are a few that are definitely worth checking out:Skull Fist, Striker, Cauldron, Gatekeeper, Unleash The Archers, Black Wizard, Axxion, Rusted, Midnight Malice, Riot City, Omega Crom. And I completely apologize to anyone I may have missed… Like I said earlier, there’s so many and I’m trying to stick roughly within the genre or styles of IRON KINGDOM.

Chris: Ludwig, I’ll leave you with a quote Amanda made for back of the new album:

‘Don Your Courage, Unsheathe Your Strength, The Kingdom Calls!’

Thanks very much, Chris, It was a pleasure talking to you! 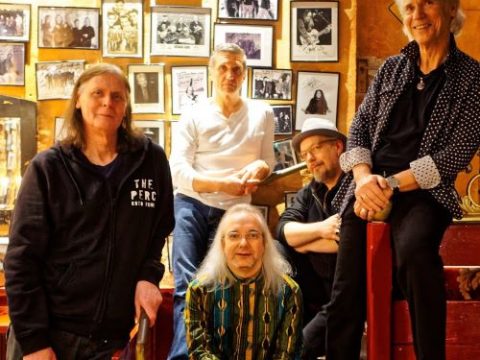 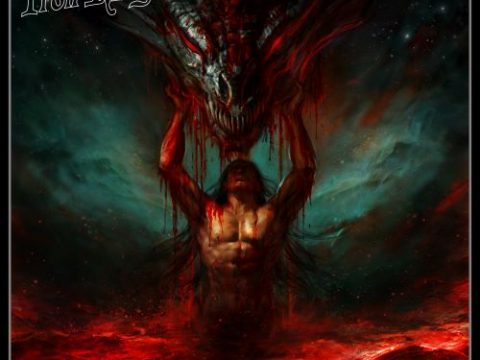 IRON KINGDOM – The Blood Of Creation 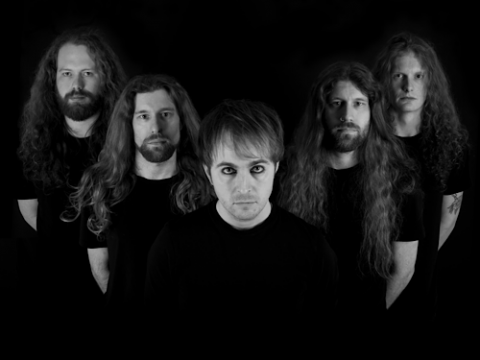 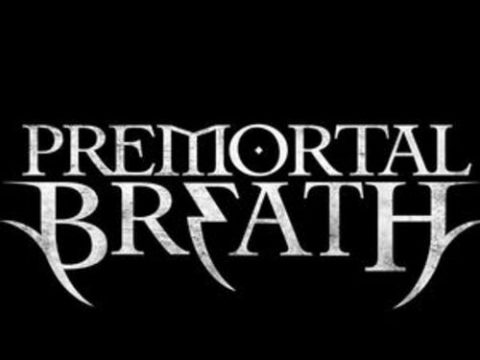 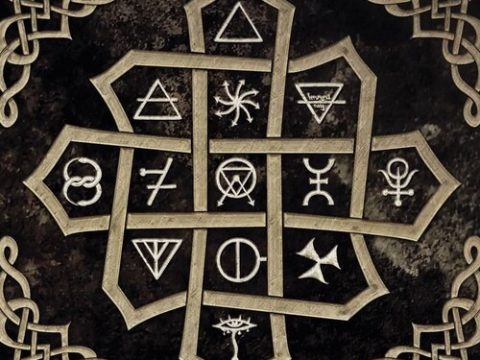 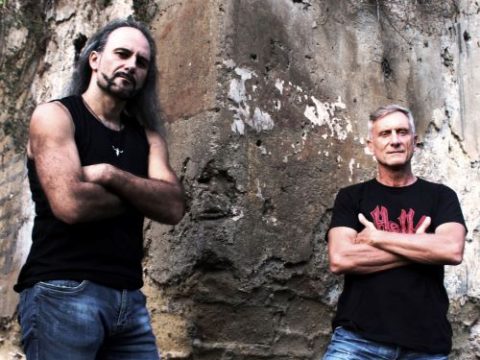 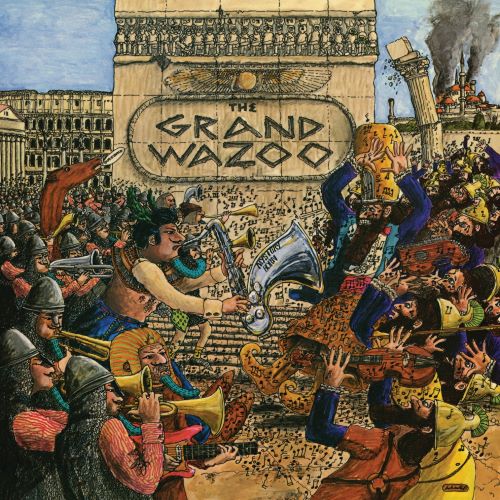 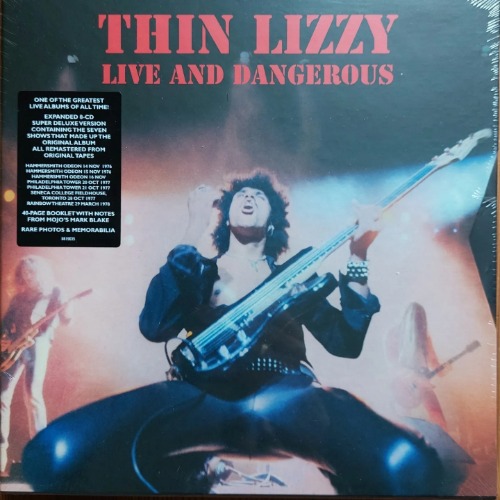 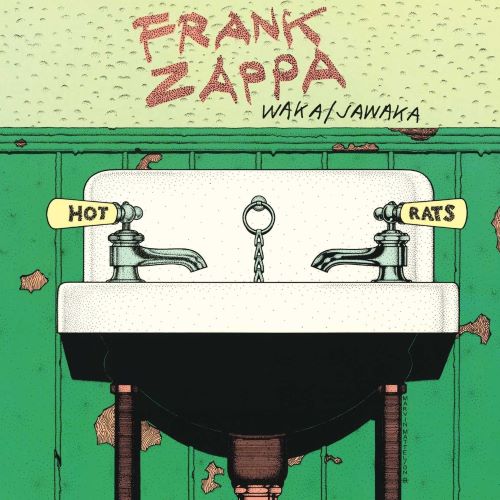