Hello Tom, I have to admit, I’ve lost sight of MEMORY GARDEN over the past few years, but I was happy when your early works were last re-released on vinyl. Are you a big vinyl-collector too?

Hi Michael! I wish I was…I have a pitiful collection that stretches to 15 maybe…Plus our own vinyl releases. The thought have occurred in me to buy a new vinyl player, but then again I’d grow really tired of those few albums I have 😄 or would need to buy a lot of new ones…

Then I can finally remember a festival appearance in Greece. But otherwise not much has reached my ears. So what have you been doing since the last album? A long time, right?

It is a long time indeed.

The degradation process of plastic moves faster than we do! 😄 The previous album ´Doomain´ was released in 2013, and I think we started working on the new album pretty soon after. We’ve had a few gigs during these years, but no touring. 2017 was fun, we crammed seven gigs in that year and that’s a lot for us.

We all have kids in various ages and of course families take time, it’s not like 20 years ago when we more or less spent every spare hour rehearsing or writing songs.

But the band line-up has actually remained stable. A good sign, isn’t it?

The last change of members was in 2008 when Andreas (Mäkelä, Guitar – d. Red.) joined us, Johan (Wängdahl, Bass – d. Red.) had stepped in the year before. Since then we have been the same line-up, thankfully.

Member changes can be tough. First the social part must work out, same childish humour etc…then the musical part of course. Andreas plays in another band next door to us, so we knew him since years back. Johan is actually Stefan’s ex-wife’s little brother, so we knew he was a talented guy as well.

When did you start working on the new album?

Must have been in 2014 that some embryos of songs started appearing.

How did you compose together?

We usually bring our ideas to the rehearsal, but sometimes riffs grow on site as well. The voice recorder on smartphones are unbelievably useful, if I don’t record a riff within a minute or so it’s probably lost forever. So we present some ideas that we all have recorded. Sometimes a riff or a *vocalriff* (can be very amusing…) or a melody, vocal or guitar. Sometimes there are parts that feel like a natural fit, then we try those out first.

Who is the main writer of ideas for MEMORY GARDEN or is it a joint effort?

It is a joint effort, but I would also consider myself a big contributor of melodies and details. I’m often the guy with the glue pistol. 😄

Johan and Andreas both come up with great riffs, we try everything out and adjust if needed until everyone is happy. Then Stefan try out some vocal melody on top. 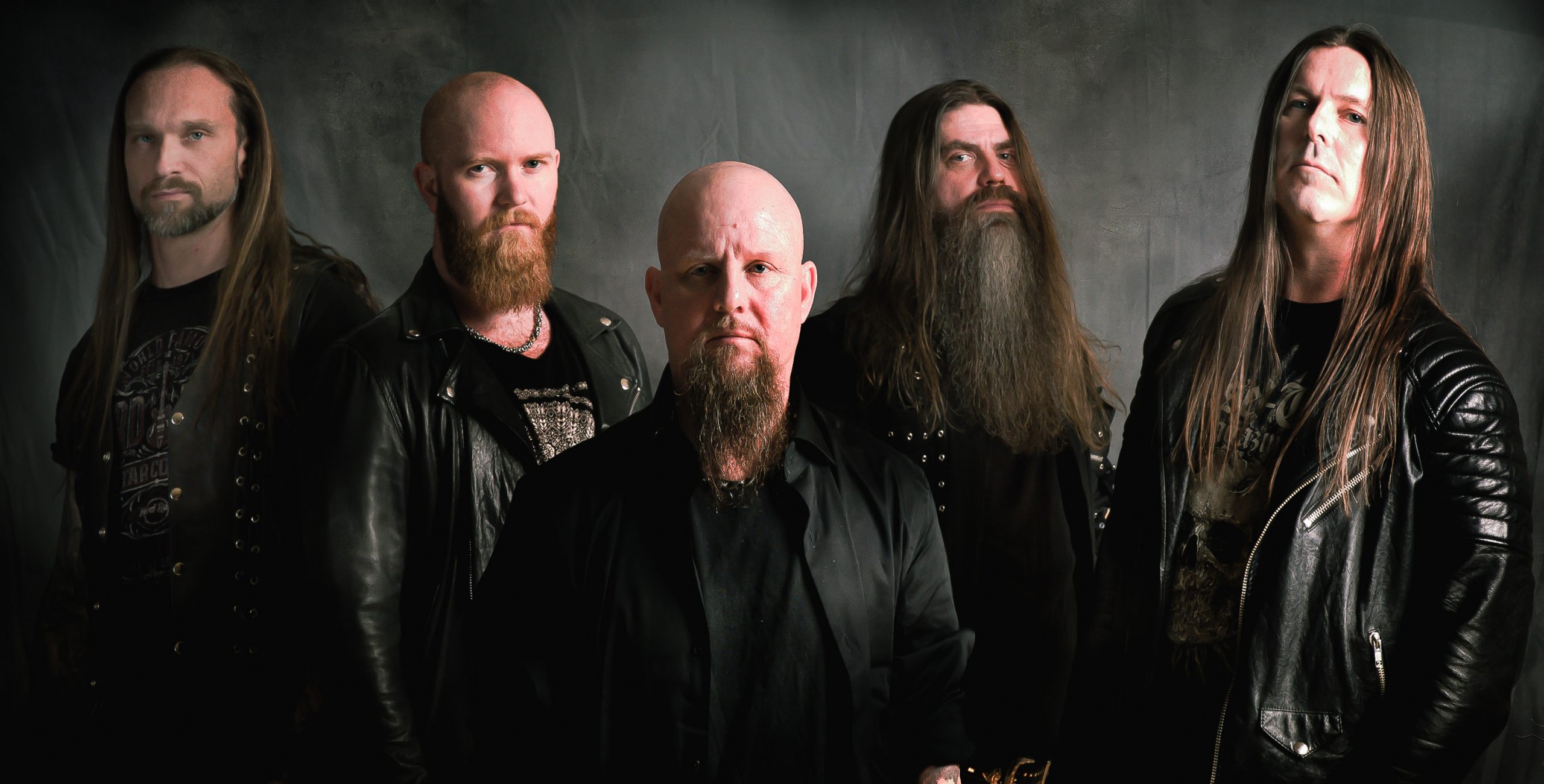 And how long have you been in the studio this time?

It would be interesting to know the actual effective time we spent recording or editing. Probably something like 23 days scattered over six years. 😄

No, but it’s hard to say really. Since rehearsals and recording sessions kind of flows together. Some weeks there have been more drinking coffee and less productive chores.

Did you prepare differently this time or did you basically approach the studio work differently?

Not much differently from the recording process of ´Doomain´. But we have worked more thoroughly with this album, especially with vocal harmonies, choirs and musical details.

So we have really benefited from being able to take the time with every song, put it aside for a few weeks and then go back to listen again with fresh ears. Then change whatever doesn’t feel right.

How did you come up with the idea to ask Josefin Bäck to sing along?

We know Josefin since when we started back in 1992. Her band was rehearsing at the same place as we did. We already liked her voice back then, so we asked her to sing on our first demotape on the song ´Marion´.

A few years ago we joined with Nico Henningson (original Lead-Guitar) and Josefin, to play a set of good old metal and rock songs on a local festival.

When the new album lyrics were coming together we knew we had to ask Josefin again, and she was happy to help us out!

Yeah! ´The Empiric´ is about a quite sadistic, psycho plague doctor. Stefan asked Niklas, if he would like to portrait such a character and he was all into that idea. He really brought out the psychopathic expression needed for the task!

Has the pandemic took you time in the past year and a half?

It sure feels like we have lost a couple of years of fun and socializing. Our work with the album was not too affected, but of course we also cancelled a date if someone wasn’t feeling alright.

How else did you feel these days, you didn’t have lockdowns, did you?

No real lockdowns here. It has instead been a lot of responsibility put on the people. Keep distance, wear mouth protection while in stores or public transportations. I understand that it’s probably the best to keep the machinery going, but I guess the period of contagion gets prolonged that way. Sweden has made some weird prioritaries in this chaos. For example medical staff, even those working with covid patients did not get first in line to get vaccinated. Why would anyone take a decision like that? 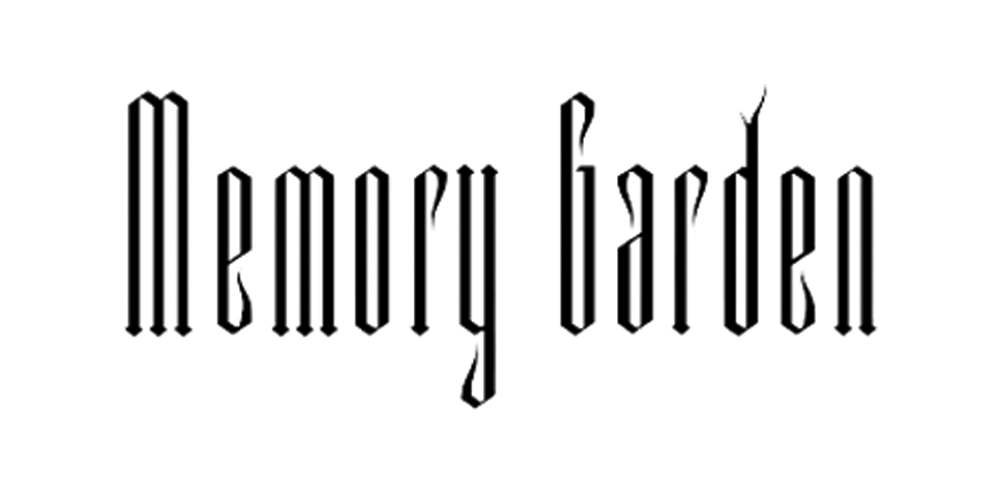 Did you get the idea to implement a concept about the black plague last year?

Me and Stefan were discussing different topics that would fit for a concept album. We both liked the idea of portraying a medieval, harsh story about the plague ravaging the lands.

Which individual points of those black years, which cost the lives of 25 million people in Europe, do you deal with on the album?

There are a few facts here and there, but I didn’t want to make the lyrics too specific through the whole album. It would require a lot more research to make it historically correct overall, it was more used as inspiration. I read some stuff about the flagellants and made a portrait about them, also the plague doctors. However, as I understand, they didn’t really show up with that kind of outfit until about 200 years later or so. So the timeline is also a bit fictional on the album, but we just needed to have this psycho freak in there with that scary outfit.

Did the lyric also have an influence on the musical implementation or was the music already fixed before the lyrics?

The foundations were fixed already, but some stuff were added afterwards. Like the medieval instruments on ´The Messenger´ for example, or some melodic stuff and keyboards.

In any case, you have succeeded in creating a masterpiece – and above all you have a very independent sound that can be filigree, hymnic and heroic, defying all darkness and heaviness, right?

Thank you so much! We always had a good feeling about the new songs and we’re very happy that so many seem to like the album so far! I don’t know about hymnic and heroic, but the fine thing with music is that everyone hears and listens to different details of course.

I think we have managed to keep the heavy and darker parts, while blending in some lighter pieces on top.

Has your own musical influence changed? I think you will hear different music these days than you did in the 90s?! 😉

Absolutely! However, I find it harder nowadays to find new bands that really gets me going. No wonder I guess, since the supply of music today is endless. Acts like GHOST, THE GREAT DISCORD, NESTOR or SEVEN SPIRES are just superb! But once in a while I return to the older influences, when it’s good it never gets old!

What can we expect from you after this bang, are you planning live performances or even festivals?

We have been booked at the „Demon’s Gate Festival“ in Athens for two years now, hopefully it will be possible this year but we’ll see…We haven’t dared to plan anything else yet, but we’re really stoked on getting on stage with some new songs! 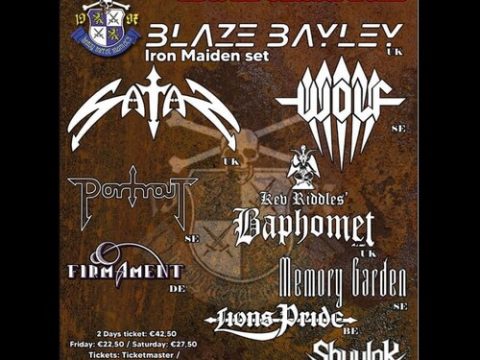 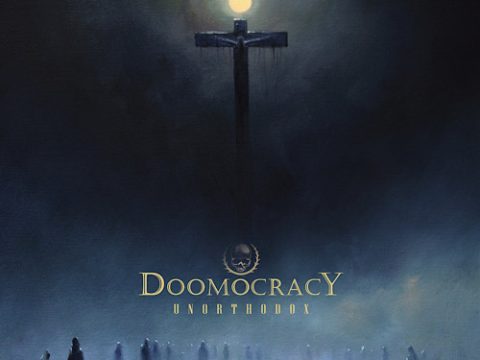 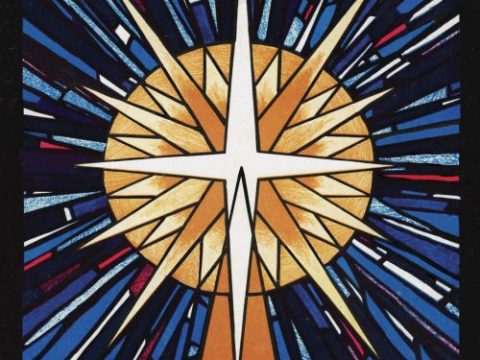